Thunderstorms which are also known as lightning it happen almost everywhere in the world including our country- Bangladesh. Thunderstorms can create around 100 lightning per second. Here, each of the lightning has the ability to damage any building or several types of structure. The lightning discharge carries an outstanding amount of electrical power energy. This significant weather hazard can be measured from the several thousand amperes over 200,000 amperes sufficient to light up five hundred thousand 100-watt bulbs. Though nothing in this world may prevent lightning from striking, you can protect your property from this wreaking havoc by taking help from the lightning protection system in Bangladesh. 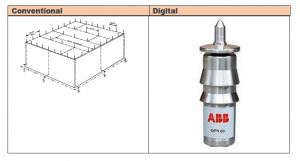 What happens without a lightning protection system?

The biggest electric sparks that travel 60,000m per second cause serious building damages. It also destroys trees and causes human injury or death. So to know more of Lighting Protection system in Bangladesh, let’s know some serious facts about the lightning strikes-

All should be aware of the risks caused by a lightning bolt and take necessary measures accordingly. Each stroke causes fire and mechanical disruption. Moreover, it has the ability to do chemical explosions around the structures. LPS system installation can protect homes, properties and ensure safety for health and life from lightning strikes. Besides, lightning is not only responsible for causing external damages but also internal damages associated with modern equipment or systems like computers. It destroys the CCTV system, base station, building management system, and others in a building. So the lightning protection system for homes must be taken care of by all the people in Bangladesh.

What are the types of LPS systems?

Conventional LPS system: Conventional Lightning Rod (Spike Arrester) is also known as a lightning conductor. It is actually a metal rod or conductor which is normally mounted on top of a structure. It’s then connected through an electrical wire to the ground. Though it may also use earthing copper strips. The rod protects the structure on the occasion of a lightning strike. According to the laws of physics, when lightning attacks, it will not strike the building, instead it will automatically strike the lightning protection rod and transfer it harmlessly to the ground using the wire or copper strips. Conventional LPS system comprises-

Digital LPS system: The most advanced LPS or Lightning Protection System technology offered by EMS Engineering Technology is the digital LPS system. It offers great coverage as well as higher accuracy in catching electrical strikes. It also reduces the risk of damage or destruction around its coverage. It contains a terminal that effectively covers a great area, which makes it too economical. Because it only needs two down conductors that totally complete the loop. Besides, it’s really easy to maintain.

How do we design the lightning protection system in Bangladesh?

A natural phenomenon is known as a thunderstorm, its lightning can produce more than 100 volts of voltage with each of its strokes. It’s considered a gigantic hazard on the earth. The main aim of designing and installing the lightning protection system in Bangladesh is to conduct protection of people, the environment, and the infrastructure from the most destructive occasion known as thunderstorms caused by lightning.

Let’s not live into this misconception ‘LPS prevent lightning striking over the infrastructure’. Nothing on this earth contains the ability to prevent such a natural phenomenon. Lightning protection systems intercept each of the lightning strokes and provide a particular conductive way through which the dangerous electrical discharge disperses all its power into the earth ground. Let’s know the elements included in lightning protection system design-

Lightning Rods: A component that has been designed to ensure the safety of homes or buildings against thunderstorms. A lightning rod that is properly connected can minimize the chances of striking lightning as well as the side flashes. The UL-listed copper or aluminum-made cables (lightning rods) help to prevent direct strikes.

Down Conductors: It helps to protect the internal electrical home system from very powerful lightning. It should be installed in a specific way through which it gives a conductive path for the powerful electrics and let it disperse all its energy to the ground.

Earth Rods: It’s also referred to as the Earthling system. To perform its protection function, it requires a connection to the earth. We try to measure the earth’s resistance value as our future reference by conducting the test points got from it.

Why should you take lightning protection system installation service for home?

BNBC or Bangladesh National Building Code has recommended ‘Lightning Arrestors’ for buildings that are over 22m high. They also provide clear regulations to set up such a system mandatory for buildings that are higher than 33m. Besides the international companies which are doing business in our country promote LPS mandatory for all the industries enlisted with them. Now let’s know why LPS system installation is important-

Protect electrical system: We do LPS Systems in Bangladesh design for homes. LPS protect the whole electrical system of the building. A building without a lightning protection system may face various damages caused by thunderstorms which also collapse the home environment.